Does my Relationship Qualify as 'Cohabitation'?

A growing number of people are in relationships where finances are intertwined, and children may be involved despite never formalising the relationship through marriage or civil partnership. This meant that an increasing section of the population was left without vital rights in the event the relationship ended.

In response, the Scottish Parliament introduced the Family Law (Scotland) Act 2006, where cohabiting couples were legally recognised as being in an adult relationship. However, there are more requirements than just living together, as will be discussed in this blog.

For advice on whether your cohabiting relationship would be legally recognised by the courts, get in touch with our team of solicitors on 0141 478 9090.

Cohabitation is one of three types of adult relationship recognised under Scots Law. It was introduced to reflect a growth in couples who live together and are connected through their lifestyles, financial arrangements, and children.

There is no official form of solemnisation or registration. Instead, the court will decide whether a couple will be recognised as cohabiting depending on the following factors:

It is important to note that there is no minimum length of cohabitation required. While this can create a certain amount of uncertainty, it does leave the Courts with discretion to consider relationships of all different types and circumstances. 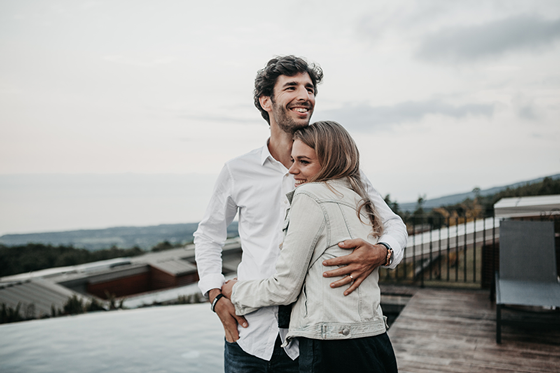 What Counts as Cohabitation?

As mentioned, there are no definite rules as to what is defines a cohabiting relationship, as is the case with marriage or civil partnerships. Rather, the court will examine the circumstances of individual relationships and decide whether they qualify on a case by case basis.
To give you an idea of the kind of things the court will consider, we can look at some of the cases that have gone through court since the introduction of cohabitation legislation in 2006.

In this case, the pursuer performed various domestic tasks for the defender's benefit, including cooking and washing clothes. However, they had no active sex life at the time this case took place. In the end, the court decided they were legally cohabitants because of how they presented themselves to the outside world.

Similar to the previous case, in M v T the couple had separate bedrooms in the household but presented themselves to the outside world, including family and friends, as a couple. The court similarly recognised the couple as cohabitants.

In this case, although the couple lived together, each partner continued to own their own home. Moreover, they had not taken any steps to combine their finances in any meaningful way. As a result, the courts held that they were not legally cohabiting.

Although the court considers each case on its merits and has some discretion, cases that have gone through court show that it is the nature of the relationship, the extent of intertwined financial arrangements, and in what ways the couple are living together as if married that will be prioritised. The length of the relationship, while not entirely irrelevant, is less important than the other factors discussed.

Although Scots Law has taken significant steps in recognising a growing type of adult relationship legally, there is still relative uncertainty regarding what 'counts' compared to marriage or civil partnership.

If you are in any confusion as to whether your relationship counts as cohabitation or want to know exactly what rights you have as a cohabitant, get in touch with our team of solicitors today.